Dr. Gen Kida, professor emeritus at Chuo University, passed away in August 2014. He was known as one of the leading philosophers in Japan. He left many prodigious books and also translated many books concerning modern Western philosophy. Four professors who were close with Dr. Kida as colleagues or students at Chuo University got together to talk about his achievements and personality, honoring the memory of the great philosopher.

Kaganoi Although it has already been a few months since Dr. Kida passed away, the sense of loss of a great philosopher still prevails. When I was a student at the Department of French Studies at Chuo University, I took his philosophy class, and he gave me academic supervision. That was the beginning of our relationship. Later, as our relationship became closer, he attended my wedding in my hometown, Kochi. I am aware that all of you had an even deeper and continuous friendship with him.

Muraoka I entered the Philosophy Course at the Graduate School of Letters at Chuo University in 1977. Luckily, it was the year when Dr. Kida began to offer classes at the graduate school. His classes were full of intensity, and we extensively learned how to read philosophical texts such as "Logical Investigations" by Husserl and "the Visible and the Invisible" by Merleau-Ponty.

Suda Dr. Kida is a graduate of the Philosophy Program of the Graduate School of Arts and Letters at Tohoku University. So he is many years my senior. After I began working at Chuo University, we became colleagues at the same study. Initially, I was very nervous to talk with him, since he was a well-known professor. But he took good care of me, partially because his friend was my mentor.

Nakamura I entered the Philosophy Course at the Graduate School of Letters at Chuo University in 1984. Before that, I was majoring in French literature at the Faculty of Letters as an undergraduate student. I took Dr. Kida's class at that time. In the first class, I was determined to follow him. When he talked about the German philosopher Heidegger, he mentioned Dostoyevsky, and when he talked about Socrates, he mentioned Makoto Oda. This indicated to me that he was a special philosophy professor who also had great knowledge of literature. 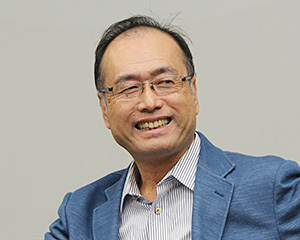 Suda In addition to regular classes, he was also organizing a "reading group" in which participants read and discussed philosophy books. His reading group was one of the activities that I was looking forward to before I joined Chuo University, and so I was excited to attend the group meetings. Although he is now famous for his Heidegger study, he used to read Husserl (German philosopher) a lot before Hidegger and Merleau-Ponty (French philosopher) before Husserl.

Kaganoi I took his classes because I was interested in Merleau-Ponty. When I was a high school student, I was reading Sartre and getting carried away, and my senior laughed at me. Feeling defeated, I began reading Merleau-Ponty, which was suggested by the senior. The book was "The Structure of Behaviour" (Misuzu Shobo), translated by Dr. Kida. At that time, I could not understand it at all. Later, in his class at Chuo University, he said, "These days, I receive comments on my book from even a high school reader." "Professor, that was me," I said (laugh).

Nakamura I originally enjoyed Wittgenstein and read a lot of his books. I was surprised when I found out that Dr. Kida was using Wittgenstein's "Philosophical Investigations" in his graduate school seminar because I thought he was a scholar of Heidegger. His seminar helped me tremendously, because I could not understand Wittgenstein just by reading his books alone.

Muraoka I think what was great about Dr. Kida was that he discussed with students on an equal footing. When I was a graduate student, I once questioned his translation. After thinking for a while, he said, "You are right." There were hardly any professors who agreed with students like that. I said to another professor, "There is something wrong with your translation", and he became very upset. I assume that is the normal reaction. Even I would get upset if a young person questions my work (laugh). I have more to learn, compared to Dr. Kida.

Suda He never suppressed the students with his authority. What is written in philosophy books and textbooks was everything to him. Not authority or position. To him, the most important thing was to read and interpret texts. Regardless of the person's position or interpretation, he was serious about listening to their views. He was also a great educator.

"Heidegger", a masterpiece where meticulousness and boldness coexist

Suda I am thinking about making a list of books that we read at the reading group he hosted. I had been attending the group meetings since 1984 when I began working at Chuo University. I heard that the group started about 10 years before that time. It continued until 2009. Most of the books we read there were the "Notes" of Heidegger. At that time, the complete works were published one after another. Every time when a new edition was published, we read it together. Dr. Kida was tenacious and read the text word by word. I understood that his bold interpretation came from such attitude. It was a great learning experience for me.

Muraoka I am amazed by his first book, "Heidegger" (Iwanami Shoten Publishers, Collection of the Philosophers in the 20th Century), because it was not about what Heidegger wrote, but it provided explanations on what Heidegger did not write. At the time of publication, the studies on Heidegger must have been behind compared to now and there had been very few published materials on Heidegger. Under these circumstances, it was a very bold and seemingly reckless attempt. I believe such an attempt can only be done based on confidence after thoroughly reading his books.

Suda Dr. Kida was a very cautious person. Even if he had a good suspicion about something, he did not publish it immediately. For example, he decided to write about Heidegger in the 1950s but actually published "Heidegger" in 1983. It took him 30 years to prepare for the book, and he maintained his will all these times. It is really something.

Muraoka The structure of "Heidegger" is also unique. It first describes Dr. Kida's biography, followed by Heidegger's biography, and then, finally, interpretation of Heidegger's philosophy. Dr. Kida believed in the importance of understanding "motivation" for understanding philosophical thought. That is why he clarified his own motivation first in the book. Traditionally, the mainstream idea was "philosophy should be the objective." It must have required courage to write about something personal in the beginning of the book.

Suda The most striking book of Dr. Kida for me is "Construction of Heidegger's 'Being and Time'" (Iwanami Gendai Bunko). Even though "Being and Time" is an uncompleted book, Dr. Kida fully constructed the uncompleted part. It should be translated into foreign languages as a valuable book of Heidegger study. Other researchers seem to be swayed by the obscurity of Heidegger. However, Dr. Kida confronted Heidegger as an equal philosopher.

Muraoka He must have a perspective that is different from usual people. When reading the same book, we were busy following the texts, while he was always reading with a broad view. That is how he found clues from unexpected places. His book "Eventuality and Destiny" published in 2001 is also a great book. An enormous amount of knowledge is concentrated in such a small book. 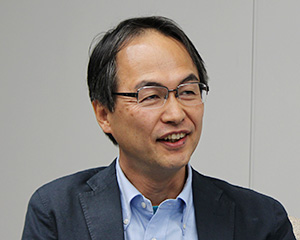 Nakamura The most striking book of Dr. Kida for me is "Construction of Heidegger's 'Being and Time'" (Iwanami Gendai Bunko). Even though "Being and Time" is an uncompleted book, Dr. Kida fully constructed the uncompleted part. It should be translated into foreign languages as a valuable book of Heidegger study. Other researchers seem to be swayed by obscurity of Heidegger. However, Dr. Kida confronted Heidegger as an equal philosopher.

Suda He must have a perspective that is different from usual people. When reading the same book, we were busy following the texts, while he was always reading with a broad view. That is how he found clues from unexpected places. His book "Eventuality and Destiny" published in 2001 is also a great book. An enormous amount of knowledge is concentrated in such a small book.

Kaganoi Although he published two books about Heidegger, it is unfortunate that he did not publish the definitive edition. If it had been published, he would have completed a robust Heidegger theory. Having said so, because I am a fan of Merleau-Ponty, I wish Dr. Kida had written more books about Merleau-Ponty before he moved to Heidegger study.

Nakamura He was a very cautious person. He would not write a book or enter the field, if he did not fully understand or was not so enthusiastic about the field. I would say he was a stoic researcher. This is why he left us some areas that we can work on, thanks to his stoic attitude. (laugh)