1. The two greatest stresses in life

Illness and disputes are said to be the two greatest stresses in our daily lives. In many cases, we must survive life while seeking to resolve a series of disputes with other people. 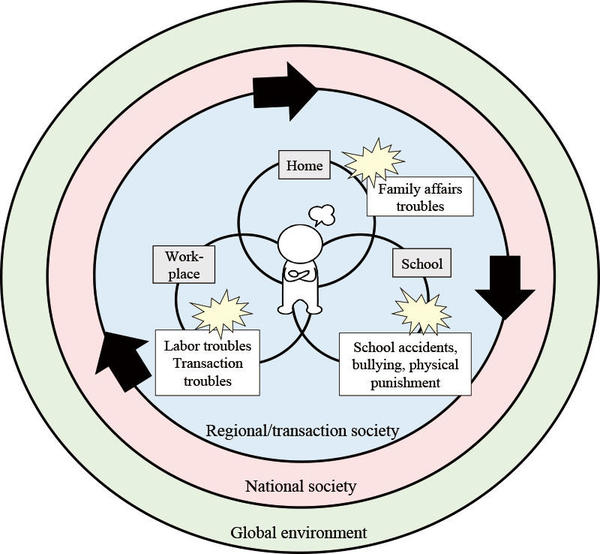 Just as medical treatment is the answer to illness, civil procedure is the ultimate solution to disputes. However, it is extremely unrealistic to bring to court all of the various disputes arising in daily life. Meanwhile, the solution of conducting negotiation between parties to the dispute is also subject to various limitations such as the disparity in negotiation power between the parties.

Therefore, Japan has prepared an extensive lineup of convenient and effective dispute resolution systems called Alternative Dispute Resolution (ADR), which is different from civil procedure. However, ADR is not well known to the public and it is underutilized in society--this is a true waste. 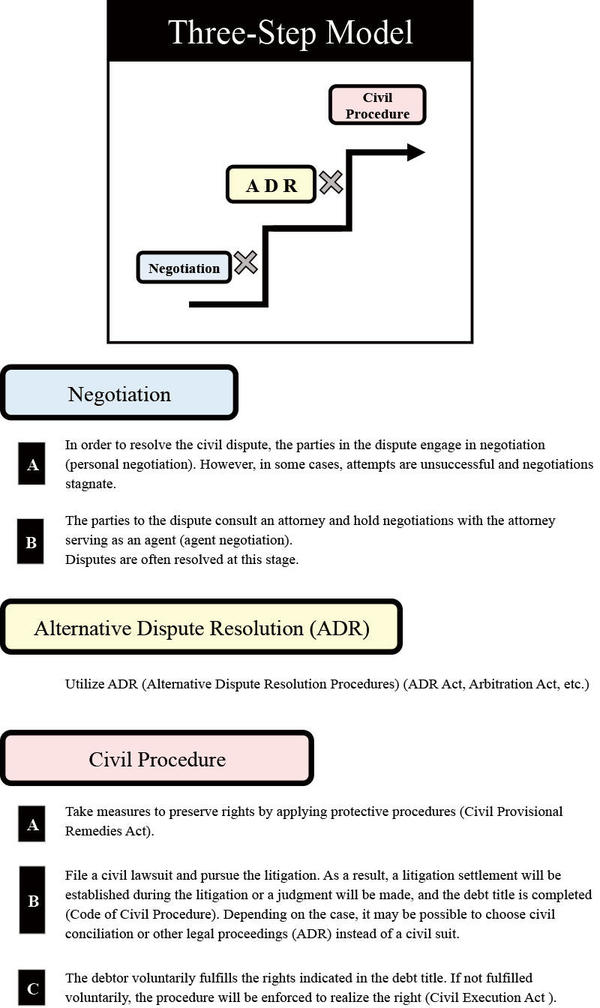 3. Starting from the definition of ADR

Furthermore, procedures for resolution include mediation, conciliation, and arbitration.

I created a table which roughly shows the history of ADR in Japan over a nearly 150-year period. In the table, the three classifications mentioned above are on the horizontal axis, while the Meiji Period, Taisho Period, Showa Period (during and after the World War Two), Heisei Period, and Reiwa Period are on the vertical axis.

One example of ADR institutions that resolve general civil disputes are arbitration centers of bar associations. Each of the other many ADR institutions also have their own fields of dispute resolution.

The following is a rough list by dispute field. 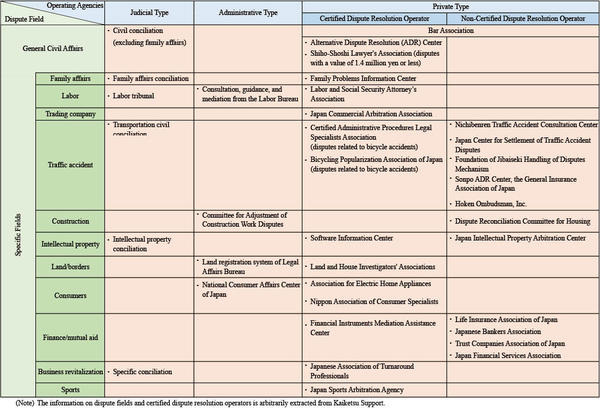 Characteristics of certain fields for which ADR is widely available include enhancement of the financial base (money), enhancement of human resources/training system (people), as well as enhancement of competition and coexistence among ADR.

As an example, when charting the enhanced competition and coexistence among ADR in the field of transportation civil liability as shown below, we can see that the situation is extremely convenient for users.