I'm currently conducting overseas research at Katholieke Universiteit Leuven (KU Leuven) in Belgium, which I plan to continue until March 2020. As a researcher studying financial law, I've conducted investigative research on many occasions related to the current state of the electronic payment business and the relevant legal systems around the world. On this occasion, I've also actively conducted researches in European countries, and witnessed many developments as well as emerging problems they face in regards to the payment services in Europe. Although this is not an academic article, I would like to present key points for advancing innovation in payment services in the world including Japan, as if I was making my midterm report on the current research.

The Current Status of Cashless Payment Services in Europe

In the northern parts of Europe, such as in Scandinavia, France, Germany, and the three Benelux countries including Belgium, I can see a steady progression toward a cashless society in all facets of everyday life. First of all, tickets for most public transportation require credit cards or bank cards to make purchases (for instance, in the Netherlands, bus drivers don't carry cash, so in order to pay, passengers have their transit cards scanned, or pay with a bank card or other card), and in supermarkets, many people pay with bank cards or credit cards. With regard to mobile payment systems using smartphones, which have been increasingly popular in Japan in recent years, there aren't many supported devices in Europe, and this is one area where Japan actually leads Europe. Though in Europe, banks are generally the issuers of credit cards and debit cards, and it seems possible to assume that some of the common services provided by banks are themselves becoming cashless. However, there are still many small and medium-sized shops and establishments in provincial towns where cash is the only accepted form of payment. When I see many people lining up at ATMs (right before the Christmas holiday was especially remarkably busy), I feel that the state of progression in everyday life toward a cashless society is about at the same level as in Japan.

On the other hand, in countries like Italy, cash is still king. Italy has experienced many financial crises over the years, putting banking facilities at great risk every time they occur. This has led many people in Italy to distrust banks as safe places to deposit money, compared to other regions. However, in Spain, where it was thought that cashless payments would never take hold, the IT industry developed rapidly alongside the changes in the country's industrial structure following the financial crises of the 2000s, facilitating the rapid progress toward becoming a cashless society.

This state of affairs in Europe is often mentioned in Japan as a case study of high rates of cashless payments due to the widespread use of bank card (debit card) payments, but it does not mean that innovation in payment services is progressing smoothly in all aspects. The Payment Services Directive 2 (referred to as PSD2 below), which was enacted in 2015 as a way to encourage innovation in banking in the EU, was supposed to be implemented in law in each country by 2018. However, the entire implementation process has been significantly delayed. As described above, each country is in a different state of progress while financial services are diversifying, and new banking services emerge that were not initially anticipated. The attitude toward handling of these changes differ among financial supervisory agencies of each country and each financial institution. As awareness regarding personal information issues, as exemplified by the GDPR, there is a growing sense of resistance among customers toward banking APIs that are used by banks and other financial institutions to disclose bank account information. Some relevant authorities have even expressed their concerns that even if they move ahead with legislation, the details of the laws will differ greatly among countries. These types of rebounding trends are impacting the proliferation of new payment services in no small way.

On the other hand, however, there has been a movement toward developing new standards and approaches related to regulation involving new emerging services. 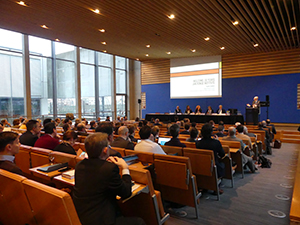 In the past, financial regulations were based mainly on authorizing new types of banking service providers by first verifying the strength of the financial condition for avoiding any risk of its bankruptcy, but new payment services utilizing IT, which has brought in more entities that are involved in the services from outside of financial services, such as IT vendors and financial service mediators and brokers. This has led to transactions and services becoming more complex, and risks have become diversified due to various new factors such as cybersecurity. As a result, the mechanisms of the services are becoming less and less transparent for users. In these circumstances, more focus has been placed on ensuring that businesses are announcing and disclosing the content of services and the risks involved in a way that is easy for users to understand (i.e. if they are taking appropriate measures to earn trust, including setting up systems for handling incidents). There are also opinions emerging that evaluations by third-party agencies are necessary. At the European Financial Regulation Conference that was held at KU Leuven in January this year, it was debated whether these responsibilities should be considered a duty of care for service providers. (I also commented on the legal aspects of virtual assets and financial data in the conference.) 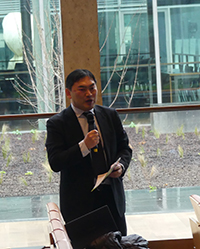 As the spread of cashless payments is making steady progress in everyday life with the spread of Alipay in China, people often point out how Japan has been slow to adopt such payments. However, setting aside the compelling reasons such as issues of counterfeit yuan note, the companies that have entered the cashless business in China have been investing a significant amount of time in activities to earn the trust of users including technological measures. The businesses have also been communicating closely with supervisory agencies to build systems that prevent fraud. It seems these facts are rarely mentioned and focused in Japan.

Even in the project researches of my seminar class at Chuo Business School last year, there was a research paper on cashless services, which included a survey of 1,000 young men and women. The results showed that more than half of those surveyed feel some apprehensions toward current cashless payments. As some of the reasons, respondents mentioned their uncertainty of whether the service provider is a legitimate company, and their lack of trust in the handling of transaction information from a security perspective.

The legislative systems that are designed to encourage innovation in payment services, such as the current Payment Services Act, have various provisions in place to protect users, such as sufficient management of data processing organizations and proper asset maintenance systems. However, last year's 7pay incident and similar other incidents where system failures render the payment service unusable never seem to end. Today, partially due to businesses offering cashless point returns, which is being encouraged by the government, many companies are riding this trend to offer their users a sense of getting a bargain. However, if the current situation continues after such offering ends, systems that don't offer a sense of security and trust will not be considered trustworthy in the long run, and may turn away users. With regard to the development of sustainable payment services, as mentioned above with the debates taking place in Europe, the companies participating in cashless services must now make a wider effort with government in building trustworthy systems, and to consider how to make their services convenient while proving that they are safe (such as by implementing evaluations and verifications by third parties) to appeal to their customer base.

Nobuhiko Sugiura was born in 1966. He graduated from the Faculty of Law, Chuo University in 1989, and went on to complete the doctoral program at Chuo University Graduate School of Law in 2004, gaining a Ph.D. in Law.
After joining the Hongkong and Shanghai Banking Corporation in 1989, he served as a senior research fellow at the Financial Research Center of the Financial Services Agency and as a senior legal advisor at J.P. Morgan Securities before assuming his current post in 2008. His areas of specialization are in financial and IT laws, and his research is focused on payment laws and financial supervisory systems. He is also conducting practical research on matters related to compliance and governance theories, using his experience as an external board member of listed companies. He has a running series titled "Shoko ga Umidasu Chiiki Shinko" (Regional Development Created by Commerce and Industry) in the Fukushima Minpo. Publications include Kessai Service no Innovation (Innovation in Payment Services) (2010) and Riteru Kinyu no Innovation (Innovations in Retail Finance) (2013).