"Philosophy" and "Music" Read in Words

A philosopher and a musician, looking just at their labels, the two of them seem to have nothing in common at all, but as the conversation progresses, an unexpected commonality emerges in their interests and way of thinking..., these two, who have continued to progress through life as people who express themselves on the one hand through thought and on the other music, converse on diverse topics ranging from philosophy and words to music.

Now my interest in philosophy has grown (akiko) 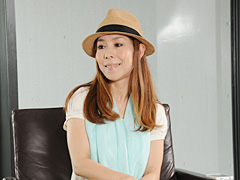 Nakamura Nice to meet you. I look forward to our discussion today. Akiko, you graduated from the Chuo University Faculty of Letters, correct?

akiko Yes, I majored in English literature. When I took philosophy, I had class with Professor Gen Kida.

akiko I don't think that would be the case (smile). Actually, I had a vague interest in philosophy since I was in my teens. It's just I thought it would be hard to study as a major, so during university I just casually looked at it from afar. But now my interest in philosophy has grown, and I've been reading some introductory books and manuals. Thank you for sending me your books for this conversation.

Nakamura They were Wittgenstein a Philosopher Who Doesn't Wear a Tie, The Philosophy of Whitehead, and Hideo Kobayashi and Wittgenstein, right?

akiko Yes, at this point I've read two of them, The Philosophy of Whitehead and Wittgenstein a Philosopher Who Doesn't Wear a Tie. Both of them were very interesting. In particularly the Wittgenstein one was easy to read, and I thought I could recommend it to people who are interested in philosophy but don't know where to get started. I read it with great interest. 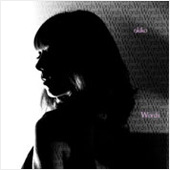 Nakamura I also received your albums. "It," the fifth song on your new album Words , was very philosophical.

akiko Thank you. Actually when I read your book, there was a lot of synchronicity*1, and that really caught my interest because it had parts that connected with things I had been thinking. I like reading, like the novels of Hesse or the books of Jung, anyway, I'm influenced a lot by books.

Nakamura Jung was pursuing mysterious things as well, you know? I actually love mysticism and am interested in the workings of the synchronistic world. Synchronicity is an area which hasn't been investigated very much in Western philosophy, so I think it will become a philosophy keyword in the future. In order to study this, philosophers who investigate modern logical issues will have to go into a somewhat different world. Coming across Jung and mysticism was a good opportunity to do it for me. 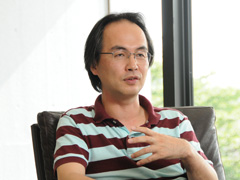 akiko Oh really? Actually, I don't know why, but ever since I was little, I was the kind of kid who would imagine geometric shapes in my head, wonder what "is" means, wonder what "at the same time" means, or originally think about what is "time" or "space." I really hated it and wondered why I thought about things that had nothing to do with my real life. So I kept those ideas closed up in my mind for a long time, but last year in a book I read called Conversations with God*2 the things I had been thinking were written down and I was really surprised.

*1: Synchronicity is a word from analytical psychology that refers to "meaningful coincidence." It is an idea proposed by Swiss psychiatrist Karl Jung.

*2: Conversations with God is a best selling series written by Neale Donald Walsch. It mainly spells out enquiries into the cosmos, life, and living.

Conversations with God is my Bible. I was surprised by the unexpected commonality (Nakamura) 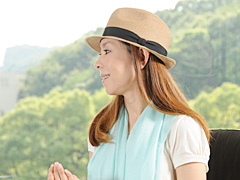 Nakamura Walsch's Conversations with God? This is an amazing synchro. I read it for the first time in the latter half of the 1990s, and I've read it many times since.

akiko That's amazing. After I read it, my awareness changed. I came to think "ah, the things I felt weren't wrong."

Nakamura I had the same feeling. When I first read it, I thought "this is the first book to come out that will teach you everything." Up until now I've read a wide variety of books on things like philosophy and mysticism, but there was also something I didn't understand. That kind of question met with this book, and the penny dropped. I posted a review of this book on an Internet shopping website. On all three books in the series, it's really long (smile).

akiko Well, I might have read that review and bought the book. On Internet shopping websites, recommended books pop up on the screen with "People who bought this product also bought these products." I went through a few books and finally ended up at Conversations with God. Because I read your books after that, I thought part of this is really synchro. 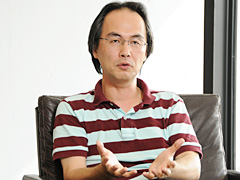 Nakamura I see. I thought your song, "It", was philosophical. How did that song come about?

akiko In "It" and Words, I tried for the first time a thing called "poetry" where you just read a poem without a melody. But it's not like I was planning on this from the beginning, it feels more like it was the result of all kinds of things, like changes in my heart, coming together. Typically the music comes out first and I put words to it, but this time the words were just flowing and the music couldn't keep up. I thought "yeah, this means I should do it without a melody."

Nakamura Are you into poems themselves? I heard you mention earlier that you liked Hesse, but what do you think about works by Japanese?

akiko I like Hesse, and also Goethe. I haven't had much contact with Japanese poems, so I don't know them well, but I like the thoughts and ideas of Kumagusu Minakata*3

Nakamura We do have some things in common, don't we? I loved Kumagusu Minakata in high school. In fact, I named my oldest son Minakusu. My relatives were opposed to it though, they said "his life will be difficult" (smile). 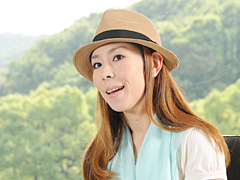 akiko Is that so? That's amazing. Kumagusu also started from searching for slime mold and came to tie it into cosmology. I feel I can really understand that, or think it's connected.

Nakamura Yes, he seems to have been saying that in the so-called "Minakata Mandala" idea. The imagining of the shapes of objects and feeling of everything being connected that you spoke of earlier, these things are exactly the cosmos that Kumagusu was conceiving. If you try reading him, I think it will be very interesting.

*3: Kumagusu Minakata was a pre-war researcher in the fields of natural history, biology, and folkloristics. His activities and research were extremely wide ranging, and he left expansive treatise, essays, and letters.