It has been a long time since people began mentioning about the increasing presence of multinational companies in the globalizing economy. Today, people, goods and money come and go freely at an ever dizzying speed. China, as well as countries across Asia, the Middle East, Africa and the rest of the world scrambled to join the global economy. Most major Japanese companies has also started operating businesses on a global scale.

As companies become increasingly multinational, they are also experiencing greater diversity among employees in terms of nationality, ethnicity etc. By greater diversity among employees in overseas branches, it means that positions at top management are also filled with outstanding personnel from across the globe. Such global human resource management is becoming the world standard. Be it headquarters, branch offices, or local subsidiaries, regardless of where you are from, individuals get to fill up important positions in a company as long as they are talented. Companies have now entered an era in which they cannot stay competent without making changes to their human resource strategies to meet this standard.

Japanese companies are also gradually making such adjustments. The Institute for Transnational Human Resource Management has been engaging in research on such management (TN-HRM) under an industry-academia-government partnership. Director of the institute, Professor Mitsuhide Shiraki of the Faculty of Political Science and Economics, shared his views in an interview regarding the institute’s activities, including discussions, recommendations, and the organization of training programs.

Shaping the research network between industry, academia and government 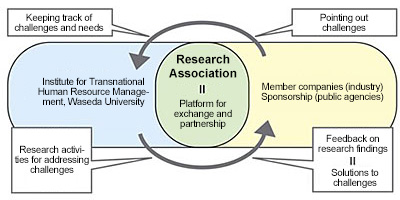 Figure 1 The structure of the TN-HRM Research Association

The establishment of the institute in October 2008 was prompted by the establishment of a research consortium with numerous companies in order to initiate the Global Management Program for Japanese Leaders (FY2008–2010), adopted by the MEXT as a Professional Training Promotion Program (MEXT website) targeting professional graduate schools. Since April 2010, following the completion of that program, the network involving industry, academia and government has been continuously pursuing the following activities.

"Typically, managers from Japan sent overseas do not receive proper language training, orientation on local situations or practical training before joining the top management in an intercultural environment. Autonomous management cannot be localized with poor management skills. In order to overcome this problem, the program financed by MEXT that sought to establish a practical and systemic training program for Japanese managers sent to overseas subsidiaries. Furthermore, Japanese companies were encouraged to voluntarily carry out such training on their own." (Professor Shiraki)

Building on the achievements and the network from the consortium, the institute has been advancing its research. Strikingly, the institute’s members include a large number of researchers and research associations. Eight faculty members from Waseda University lead about 100 other guest researchers, including faculty members from other universities, researchers from think tanks and consulting firms, and practitioners from companies. The TN-HRM Research Association (Figure 1) brings together 58 companies to keep track of the challenges and needs involving human resource management by Japanese companies for conducting funded research. The research findings are shared among the members, with relevant feedback given also to academia and industry. The institute publishes a journal twice a year, organizes bimonthly seminars, and carries out other activities resembling workshops of research associations. 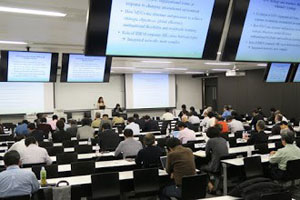 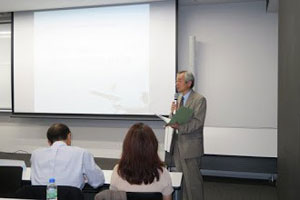 A seminar organized by the TN-HRM Research Association

Falling behind in embracing talents from overseas

Having recovered from the Second World War, Japanese companies began expanding their operations and businesses overseas around 1960. For instance, Toyota Motor began producing in Thailand, and Nissan Motor did the same in Mexico. Likewise, Ajinomoto, Yakult, Panasonic, Toray, Teijin, and other major companies began producing in Southeast Asia in those years. The Plaza Agreement in 1985 prompted smaller Japanese companies to join larger companies in expanding their operations overseas. The resulting rapid migration of production capacity away from Japan exponentially accelerated the transition of Japanese companies toward multinational and global management. In 1984, Japanese foreign direct investment reached an annual total of 10 billion dollars, which swelled to 69 billion dollars in 1989. During this period, ASEAN and NIES mainly attracted Japanese investment. Investment to China began to surge in 2000, which accounted for almost half of Japanese investment in Asia in 2005. After 2010, investment diversified into Vietnam, India, Myanmar, Brazil, Mexico, and so forth.

"Unfortunately, China no longer offers an advantage as a manufacturing hub for labor-intensive processes, as the country’s economic growth led to a rapid surge in the overall wage level, including the minimum wage. All manufacturing hubs in China are now compelled to conduct product development and sales by targeting the country’s domestic market. They cannot remain competitive unless Chinese leads both the middle and top management. Despite their global presence, Japanese companies are lagging behind in transnational human resource management." (Professor Shiraki)

In the midst of intense business competition across the globe, leading companies are keenly aware that their survival depends on high-performing personnel, as they are the most crucial management capital. A sad truth of Japanese companies is that, compared to other departments, human resource departments are direly lagging behind in the internationalization of their operation, when they really should be the lead. Transnational human resource management can never take place with orders given from human resource staff at the headquarters that have never gone abroad. Therefore, supporting the reform of human resource management is another important mission of the institute.

"Beyond Japan, talent management has been practiced since the 1990s. According to the increasingly popular human resource strategies, a company picks top talent from group companies around the world to forge a global management team. For example, GE identifies candidates for top management regardless of whether they come from parent companies or subsidiaries. These candidates are trained through three types of rotational missions involving assignment to: (1) a new field of work, (2) a new department, and (3) a country other than their own. Japanese companies should also go beyond mere employment of non-Japanese talent to welcome them to the top management and other management positions at their Japanese headquarters." (Professor Shiraki)

Analysis of the quality of globally-competitive talent

The institute also conducts major research with Japanese companies to determine the necessary quality for becoming globally-competitive talent and what kind of people are leading the frontline of international business operation. In the aforementioned MEXT project, a survey was conducted with 2,192 local employees in addition to 880 employees sent from Japan to Asian countries. The necessary skills and challenges for globally-competitive talent were identified, for example, by asking how local staff evaluate expatriates from Japan. The findings are reported in the book entitled Developing and Evaluating Global Managers [Gurobaru Maneja no Ikusei to Hyoka] (Figure 2), which is also presented in an Opinion post on Waseda Online.

"We have recently analyzed survey data of the performance of 300 employees in their 20s and 30s sent overseas, evaluated by their immediate supervisors. By analyzing the qualities and performances of these employees, we can make better judgement and create a data-based evaluation tool to effectively select and train globally-competitive talent. When it comes to making decisions on appointment overseas, we will know what areas employees need to improve on."" (Professor Shiraki) 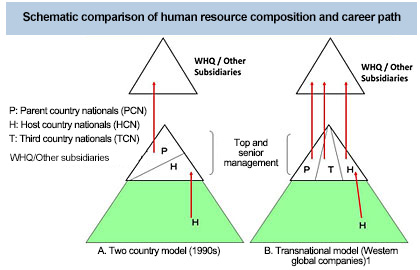 In the past 10 years, the number of Japanese expatriates have increased by 100,000. Still, Japanese companies are inadequately aware of the need for transnational human resource management and lag behind in establishing necessary systems. Going forward, careful attention must be paid to transnational recruitment systems that are becoming established standards among global companies from other countries, and how international talents can lead the top management.

"It is difficult to concisely describe globally-competitive talent that Japanese companies need. So, we loosely define them as human resources who can objectively identify their roles and reliably bring results in a much more complex and diverse international business environment compared to that of Japan. We should no longer be fastidious about nationalities and ethnicities of those who have such qualities to carry corporate missions." (Professor Shiraki) 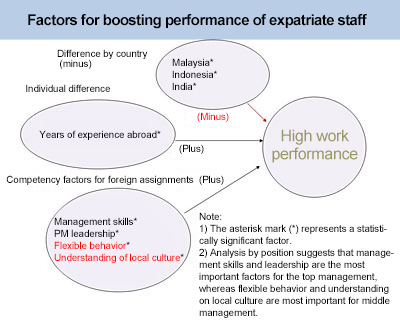