Modern economic growth has utilized various kinds of chemicals in large amounts in order to build an affluent society. While chemicals, in the first place, are developed to enrich people’s lives, many of them have harmful effects on people and the environment. In the 20th century, chemicals causing visible, severe damage were dealt largely as a pollution problem and social responsibility was questioned. Production of some chemicals found to have certain risks was discontinued.

Of about 100,000 kinds of chemicals that are currently manufactured, about 450 are regulated as harmful substances, but are still being produced. The reality is that only the lethal toxicity and carcinogenicity of chemicals are examined as their harmful effects. Not having been subject to any regulations, many other chemicals have been produced and used without identifying how serious their effects on health are.

In a time of constant economic growth, risks related to chemicals whose harmful effects or causal relationships to health effects were not understood and were ignored. In the 21st century, however, we are now expected to establish methods for painstakingly assessing how chemicals affect health in pursuing a sustainable economy. The Research Institute of Environmental Medical Sciences of Waseda University has been accelerating interdisciplinary research on this issue involving medicine, life science, and psychology and engaged in social application of their research results.

Professor Masaki Kakeyama of the Faculty of Human Sciences, who also serves as the Director of the Research Institute, was interviewed about the Research Institute’s activities, which was launched as the research organization for the project titled “Development and Application of Measuring System of ‘Brain & Mind’ for Environmental Health Risk Assessment,” which was selected as Research Initiative 2016 of Waseda University.

Clarifying low-dose effects on the next generation

Not only is Professor Kakeyama one of the first in the world to investigate the effects of chemicals on high-level cognitive functions, but he is also the first person in the world to show through experiments that trace amounts of dioxins that do not affect health indicators may affect brain development and be responsible for autism and other developmental diseases. While it was difficult to establish a scientific causal relationship between the two just from clinical psychological observations, he found scientific evidence to support their effects on the brain and mind at the molecular level by conducting experiments on mice and also at the cellular level.

“Originally, I was engaged in research in the differences between male and female brains. About 15 years ago, the term “endocrine disrupter” appeared, and shocking reports that chemicals have effects on gender differences or that they feminize males created a buzz worldwide. Motivated by this news and a sense of social responsibility, I moved to do research on the effects of chemicals on the brain and mind. By researching mainly dioxins, we found that while changes in gender differences are seen in patterns of behavior, vital effects are found more in the high-level cognitive function and the function of mind governed by the frontal lobe. We sent information on this finding internationally, but it was ignored with almost nobody paying attention because of the deep-rooted established theory that endocrine disrupter cause changes in gender differences.” (Professor Kakeyama)

However, at the beginning of the 2000s, Professor Kakeyama published findings from his research on dioxins one after another in internationally prestigious scientific journals, and overseas organizations invited him to give lectures, and those findings received media exposure. Behind this change are not only scientific value attached to his work but also increased awareness of environmental issues and corporate social responsibility management, and growing scientific interest in health with the population aging and birth rates declining. His original purpose is not to cause a sensation by alerting people of the harms of dioxins; rather, his important contribution is that he caused the issue of low-dose effects on the next generation, or the idea that low-level exposure that has no effect on adults may be detrimental to the development of children, to be widely known.

“There is an urgent need to accelerate large-scale studies on low-dose effects on the next generation. However, just conducting studies and analyses is not enough. We need to develop methods for finding exposure and its effects at an early stage and using the findings to prevent or treat diseases that may result from these effects, make such methods available in clinical practice, and build an environment where more children and pregnant women can receive easy, affordable, and safe examinations and necessary treatment (Figure 1). We launched this Research Institute for this purpose, and have been working on country-wide and international activities involving key people in partnering with major organizations in and outside Japan.” (Professor Kakeyama) 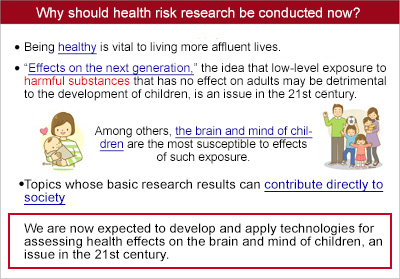 Figure 1: Why should health risk research be conducted now?

Eight faculty members from the Faculty of Human Sciences, and experts from the medical schools of the University of Tokyo, Kyoto University, and Keio University and the National Institute for Environmental Studies in different fields, including life and medical science, neurological medical science, psychiatry, cognitive psychology, perceptual psychology, and measurement and assessment, gathered together (Figure 2). Researchers in humans participate in phenotype analyses of experimental animals, and researchers experimenting on animals analyze biological samples from clinical practice. The aim is to promote both research on the brain and mind and social application of the research results at the same time through interdisciplinary collaboration among researchers in clinical psychology and animal experiments (Figure 3). They are also planning to work with major U.S. assessment organizations and universities. 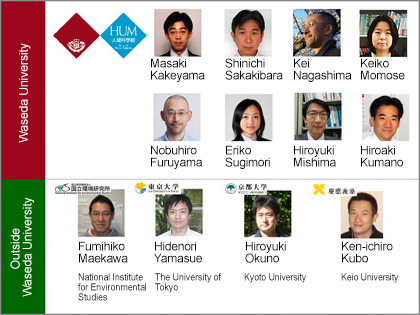 Figure 2: Major members gathering from inside and outside the university 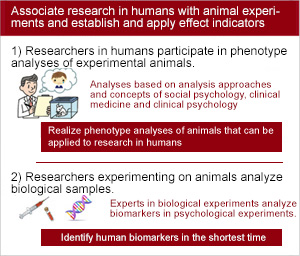 Figure 3: Collaboration among researchers in clinical psychology and animal experiments

Contributing to a study of 100,000 people through joint research with the National Institute for Environmental Studies

A large-scale study has already been started. In an epidemiological study project titled the “Japan Environment and Children's Study (Japan Eco & Child Study)” launched by the Ministry of the Environment, with a huge budget of 90 billion yen, in 2011, the issue of low-dose effects on the next generation has been worked on as one of the most important issues. This study examines the levels of exposure of cord blood collected from the mothers of 100,000 unborn babies and follows up various effects observed until they reach the age of 10. Conducted in Japan, this is the first study of this scale in the world, and subsequently similar studies are now underway in the U.S. and Europe.

“It is said that one out of every 100 people is autistic. The exact figure is unknown because many autistic people are not aware of their disease or do not go to hospital. Early detection and proper treatment are important for those with this disease, but there is no established method for assessing this condition at present. With a study of 100,000 people, a statistical correlation between levels of exposure to chemicals and the development of autism can be identified. The results of the Japan Eco & Child Study provide the first data of its kind in the world. So far, the possibility that higher levels of dioxins in cord blood of babies may make them less sociable has already been discovered and reported by our small cohort study.” (Professor Kakeyama)

These researchers have been working to develop biomarkers for risk assessment and clinical tests for babies based on the findings (Figure 4). Application of a risk assessment method to newborn babies, the first attempt of this kind in the world, will provide epoch-making progress in researching autism. At present, measuring dioxin costs as much as several hundred thousand yen per sample. It is important to make this examination affordable and widely available so that everyone can be examined at a reasonable cost, and to do this, the development of medical policies, social policies, and social marketing in addition to technological development is required. 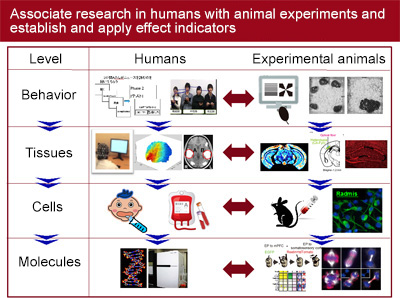 “Our efforts are intended to advance human-based interdisciplinary scientific research, which has been pursued since the founding of the School of Human Sciences at Waseda University in 1987. Four researchers of this Research Institute, including me, are from the School of Human Sciences. Driven by the passion of these members, we are working on research with the firm intention of pioneering human science of Waseda.” (Professor Kakeyama)

Following the symposium held in 2016 (see pictures shown below), world famous researchers from Emory University in the U.S. will be invited to an international symposium to be held in the Waseda Campus in July 2017. There are some plans to internationally partner with other universities and research organizations going forward. Much is expected from future activities of the Research Institute of Environmental Medical Sciences in the forefront of brain and mind science.

In September 2016, Dr. Andari (pictured lower left) and Dr. Burkett of Emory University in the U.S. were invited to an international symposium (co-hosted by the Japanese Society for Behavioral Neuroendocrinology and Waseda University)