In the early 21st century, developed countries are experiencing slowdowns in economic growth, a decrease in population, a decline in birthrate and an aging population. Furthermore, social infrastructure is also vulnerable to unexpected risks such as ethnic conflicts, terrorist attacks, and large-scale disasters. Our globalized world is entering an age of complexity and instability in all aspects: politics, economics, labor, lifestyle, culture, education, ideology, international relations, regions, local communities, nature, and weather. The world is forced to face social problems that are completely different from those of the 20th century. Planning social systems based on new social concepts such as resilience and social inclusion is becoming an important task.

As the world transforms, academia is also compelled to change. Since the exclusively categorized structure of the existing sciences cannot cope with the problems of society today, the second half of the 20th century observed success in initiatives which combined different branches of learning and established a succession of interdisciplinary sciences, such as regional studies, environmental sciences, and informatics. However, these new research areas, once defined and instituted, were also slow in responding to new changes. Efforts to organize a dynamic research system, characterized by high level specializations in fractionalized fields of expertise in addition to a broad coverage of controversial areas of study, must become increasingly fluid. Therefore, academic research requires a system of organizing research subjects and projects that change with the times and the ability to conduct research under such system. 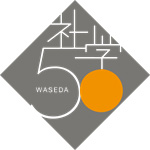 50th anniversary Logo of the School of Social Sciences 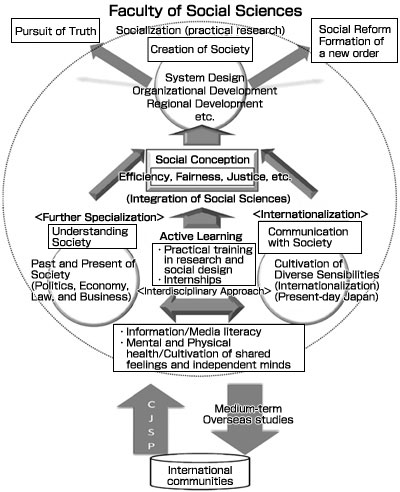 Figure 1. Future vision and goals of the Faculty of Social Sciences

"The guiding principles of research at the Faculty of Social Sciences consist of three pillars which are interdisciplinary, international and practical. The Institute’s future vision is to combine the viewpoints of the respective fields of study, such as political science, economics, law, commerce, the humanities, and engineering in an interdisciplinary and international manner. Through such an approach, our researchers will look for methods to understand various problems in today’s society and ways to solve them. Our researchers will also present designs of what they consider to be desirable for local communities and global society. Furthermore, the Institute intends to advance the social sciences at the practical level (Figure 1). Pursuing such studies at the practical level means an emphasis on research where researchers engage in society in a practical way and produce research results that are needed today. This approach has traditionally been regarded as the defining trait of the School of Social Sciences." (Professor Atsumi)

As an affiliate research institute, we have three major strengths. One of the strengths of the Institute is that it is not a research institute that focuses on projects of subjects of limited scope or time period. Instead, it works as a permanent research organization that covers all of the social sciences, including basic research in a wide range of areas. Another strength of the Institute is that it has been integrated into Waseda's undergraduate and graduate schools. This allows for the three different organizations to exchange feedback with one another on education and research and enables the Institute to become a place to train young researchers. Lastly, the Institute can be operated as a platform to advance applied, interdisciplinary research in a systematic way, using ideas collected from all faculty members through a bottom-up approach, which is traditionally a strength of the Faculty of Social Sciences.

"Our faculty members are researchers with educational backgrounds that cover a wide range of fields, and who organize and initiate issue-based project research groups while constantly keeping comprehensive education and research in the social sciences in mind. To respect and encourage the continuation of this unrestrained style of research, the Institute aims to develop research activities and initiatives that would involve the entire faculty of over 60 academic staff. With that, the Institute will be able to systematize new methods and theories in both basic and applied research and communicate their results to the international academic community." (Professor Atsumi)

Emphasis on the formation of bottom-up themes

When the Institute was established, project research groups were organized based on proposals collected from faculty members using a bottom-up approach and research activities in two departments have started: Global Issues, which addresses international issues, and Social Design, which takes a social-engineering approach to present-day issues (Figure 2). These two departments roughly correspond to two majors at the Graduate School: theory on local communities and policy science. 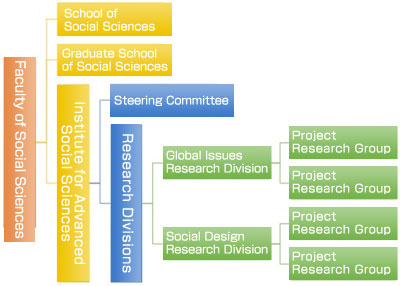 Figure 2. Organization Chart of the Faculty of Social Sciences

"A look at these six themes alone suggests the interdisciplinary and practical nature of the research subjects and methods. Such diverse projects have been launched by taking a bottom-up approach. It is from this approach and these different themes the Institute's defining traits can be seen." (Professor Atsumi)

Each group has set various specific themes and is working hard on their research. For example, under the leadership of Professor Osamu Soda, the social design group (Group 2) has chosen areas hit by the Great East Japan Earthquake as its research field. The group is investigating and analyzing what an ideal welfare society should be for people faced with unexpected social upheavals and are working to restructure the concept of resilience, the core of social design, in a theoretical and corroborative manner (Figure 3).

In (4) "Japan in Asia," the group has organized a team of researchers in Japan and abroad, with Professor Liu Jie as its leader, and it aims to review the concept of Japan and Asia from the perspectives of studies on Japan in Asia and the history of Japan-China relations. The group will also reexamine Japanese and Asian identity. The (5) "Mekong regional development" group is striving to identify future challenges in economic and human resources development from the viewpoint of East Asian dynamism, as well as focusing on the history of economic development in Vietnam, which is Professor Tran Van Tho's field of expertise.

Figure 3. Review of the concept of adaptable capacity and resilience in the reconstruction of affected areas [Osamu Soda, "Aiming at building a resilient welfare society," from the materials presented at the symposium on the Great East Japan Earthquake hosted by Waseda University on April 9, 2016]

Aiming to become an open forum for joint research

In the first year after its foundation, the Institute hosted and co-hosted an international symposium on the recognition of East Asian history and a symposium on reconstruction after the Great East Japan Earthquake (photo). Supported by the Japan Science Foundation, plans call for the Institute to promote research exchange with visiting professor(s) and students from the Royal University of Bhutan and hold an international workshop.

"In addition to its strengths at the field level, the Institute will push research to integrate social sciences in terms of methodologies and theories and serve as a hub for interdisciplinary research in the social sciences. It will become a network between researchers and students particularly graduate students.” (Professor Atsumi)

The photos above shows scenes from the International Symposium "Research Developments and Contributions to global issues in the Asia Region" held on April 23, 2016 at the Okuma Small Auditorium. The Symposium was held in commemoration of the 50th anniversary of the foundation of Waseda University, School of Social Studies and the establishment of the Institute for Advanced Social Sciences. In addition to the lectures by Professor Ge Zhaoguang of Fudan University and Professor Mark Caprio of Rikkyo University, the symposium also featured a panel discussion between the two guest professors and Faculty of Social Sciences academic staff from various fields of study.