Commentary: Waseda Research Institute for Science and Engineering, University Research Initiative
Waseda University established Vision 150 to meet a variety of objectives for the 150th anniversary of its founding (in 2032), with 13 core strategies in development. One of the core strategies that have been laid out is "promotion of original research and enhancement of the ability to deliver this internationally." In order to drive this core strategy forward in the field of science and technology, seven research initiatives for responding to social challenges were newly established with the Waseda Research Institute for Science and Engineering (WISE) at its core. A research institute will be established for each initiative in April 2018 with the aim to pursue globally first-class research. In order to pursue interdisciplinary research and to strengthen international research in each field of focus, this group of research institutes, called the cluster institutes, will work cooperatively. The "Waseda Earth Restoration School" (WERS) will also be launched as a place where visions of future research can be formulated. 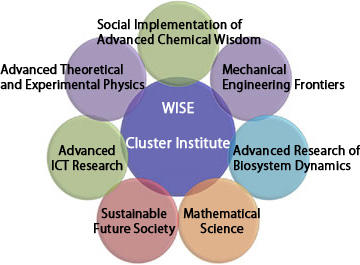 We asked the director of the institute, Professor Toshio Ohshima from the Faculty of Science and Engineering, to talk about the aspirations and vision of the Institute for Advanced Research of Biosystem Dynamics, which was launched in April 2018 with a focus on the advanced research of biosystem dynamics research initiative, one of the seven research initiatives.

Life Science's Shift from Segments to the Whole

Life science has been studied in layers, from the molecular level to the cell, tissue and individual organisms levels. The fields of study have been divided into each of the layers, and researchers have had to further narrow their target to study their particular field in depth. However, in recent years, there has been a growing movement toward taking a more comprehensive approach to studying these fields. In addition to developments in new analytical technology, the rapid advancements made in computer performance and the emergence of analytical methods using artificial intelligence-based technologies such as big data analysis have allowed researchers to handle data in larger scales than was ever thought possible, thereby transforming the methodology of science. These developments have had a significant impact in the field of life science as well. Researchers can now understand life's dynamic biological systems and networks that extend across multiple layers in a comprehensive manner, and can even achieve the dynamic understanding that incorporates the time axis.

"The life phenomenon exists as an entirety that transcends individual layers, but in order to ascertain the complexity of its systems and networks, there were limits in how to research it, forcing researchers to approach it by dividing it into segments. Now, with the advancements in analytical technology and computing power, we can finally take a more comprehensive approach. In the Human Genome Project conducted in the 1990s, researchers from around the world divided their research focus, resulting in the use of many long years and enormous costs. In just 10 to 20 years since then, next-generation sequencing (technology that rapidly detects DNA sequences) has been developed, allowing even single research institutions and labs to take on large-scale research projects at low costs within a short time." (Prof. Ohshima)

At the dawn of life science, there was a philosophical debate around whether the entirety of life is the amalgamation of its parts, or whether it is something more than that. If the mysteries of life science can be solved through the traditional methodology applied in physics called reductionism--the idea that the whole is an amalgamation of its parts--researchers could simply combine the research results that have been divided into layers to attain an overview of the entirety of life. However, it's not as easy as that. By focusing only on the parts, the existence of systems and networks that connect the parts inevitably falls through the cracks.

So, instead of waiting for the final verdict on this debate, the advancements in research methods have now allowed researchers to take a more systematic approach to their studies. The institute states that the central pillar of their goal of scientific achievement is "the creation of a new study of life science through a comprehensive approach." This concept is visualized in Figure 1. As indicated by the red arrow, future research requires a comprehensive approach that transcends layers to study the areas that were not elucidated through the research of parts.

Figure 1: Scientific achievement goal: the creation of a new study of life science

Figure 2 depicts the development of research through the new methodology and an example of the anticipated results. The "omics analysis" shown in Figure 1 above refers to the multipurpose analytical method that integrates methods such as gene expression analysis, protein structural analysis and intracellular metabolite analysis, and is designed to draw out useful data for constructing comprehensive mathematical models of the life phenomenon from big data. Other new approaches are being introduced, such as single-cell analysis, as well as dynamic structural biology, which combines the conformational analysis of biopolymers with computational science. In addition, the methodology called system biology, which has been in development, will undergo further advancements based on this framework.

Figure 2: New methodologies and studies of life science and their social implementation

Single-cell analysis refers to the method of analyzing every single cell out of a group of cells, and to analyze the group as a whole, including the individual differences (Figure 3). For example, the cells that comprise internal organs are not all the same; each individual cell is unique in some way. However, due to the limitations in research methods, past studies have analyzed sample cells by considering all cell groups as uniform. 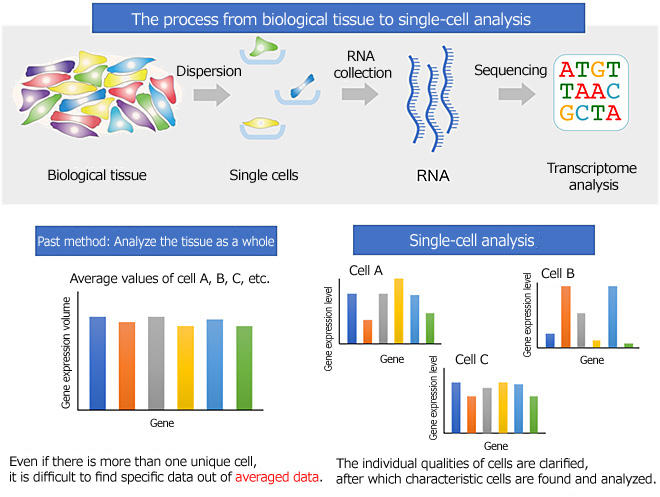 Figure 3: The process from biological tissue to single-cell analysis

"As we enter the age of big data, single-cell analysis has become the trend of modern cell research. Our university prides itself on having the most extensive accumulation of expertise in Japan in the field of single-cell analysis. Professor Haruko Takeyama (biotechnology), who is a member of the institute, as well as Assistant Professor Masahito Hosokawa, a new member of the institute, are spearheading this research initiative. We plan to impart Professor Takeyama's knowledge and expertise into the collaborative research efforts with other members, and expand the study of single-cell analysis to various research topics." (Prof. Ohshima)

With regard to developments in big data analysis methods in life science, a collaborative project between Waseda University and the National Institute of Advanced Industrial Science and Technology titled "AIST-Waseda University Computational Bio Big-Data Open Innovation Laboratory" launched in July 2016, and is actively advancing research with Professor Takeyama as the laboratory director. Based on the research results of this laboratory, the institute is operating in an environment where the most advanced analysis methods are constantly being invested.

System biology, on the other hand, is a method for unraveling the biological system of organisms that brings in the methods of system engineering to life science, perceiving the various interactions in organisms as a single system, and also by applying the methods of control engineering. There are many biotechnology researchers at Waseda University who utilize this approach, with most members of the institute being very familiar with it.

Social Implementation in the Health and Medical Fields

The goal of this institute consists of three main pillars, including the aforementioned academic goal of "the creation of a new study of life science through comprehensive research." The second pillar is the implementation of research results in the fields of preventive medicine and health promotion. Finally, the third pillar is to make contributions to medicine, bring light to the pathology of intractable diseases, and connect research results to the developments of new treatments and diagnosis methods.

"For the second pillar, we want to combine various research results, including the results of Professor Shigenobu Shibata's research in chrono-nutrition, and the research conducted by Professor Masahira Hattori and Professor Takeyama in gut microbiome analysis, to develop a comprehensive study of system biology that incorporates the three major health factors of food and nutrition, exercise, and rest with the goal of pursuing the essential aspects of health science. 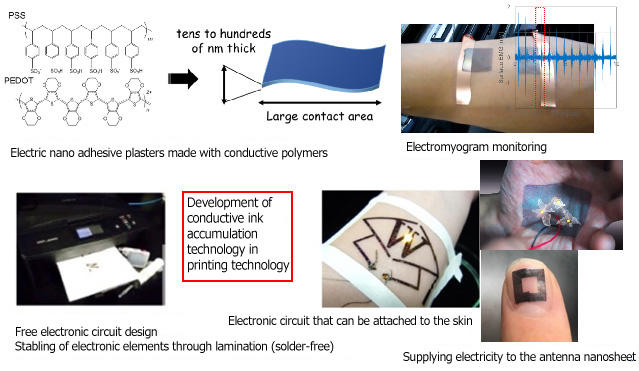 In 2016, Professor Hattori conducted a comparative analysis of human gut microbiome of people in 12 countries, including Japan, and gained international attention by showing the comparisons between countries and unique characteristics of Japanese people, and by demonstrating that enteric bacteria contain at least 12 million genes. With the launch of this institute, Professor Hattori's participation as a link between the various research fields offers promising prospects. In the new grounds of life science, the Institute for Advanced Research of Biosystem Dynamics's developments in the effort to bring light to the life phenomenon and their social implications are promising.