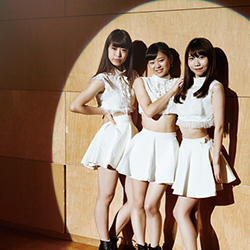 UNIDOL is a national competition where female university students compete by putting on performances they have put together themselves mixing idol music and choreography. Held twice each year, a winner is chosen by judge and audience votes from among 16 groups who have advanced to the final competition through victory at regional preliminary rounds. At this year's summer competition, student club "Wasejo nante yobanai de' (meaning "Don't call us Wasejo" with "Wasejo" being slang for a female Waseda student) was crowned number one in Japan. Member Marina Kawakami spoke of their joy at winning, stating, "I'm so happy we achieved the goal we've been aiming for since we first formed. We were only able to do it because of the members we have." Formed with nine other students in the same year when Kawakami was in her first year, Wasejo has appeared in the finals of every competition they have participated in thanks to their unique performance. They had struggled to achieve top ranking among audience votes, however. "We worried over how to create a performance that would really make an impression on the audience, and talked about songs, choreography, and outfits over and over until we were satisfied," said member Nozomi Nakayama. And at this year's summer event, they gave it their all. Gathering the most audience votes ever at a UNIDOL competition, they finally achieved their sought-for victory. "We were cheered on by so many people, and being able to have this amazing experience has become a big asset for us," member Moeno Itabashi told us.

Wasejo gave their farewell performance at the 2015 Waseda Festival. The memories they have engraved in the hearts of those who saw them, however, will remain forever.

Kawakami and Nakayama have practiced ballet since they were young girls; Itabashi is experienced at kendo and iaido. All three love idols and are particularly big fans of Momoiro Clover Z. Their group, "Wasejo nante yobanai de," was formed in 2013 and officially recognized as a student club in 2014, but ceased activities this year in order to focus on post-graduation job hunting.