10,000 Kilometers Across Africa ―Yoshiro Sekine and the African & Mayan Collection―

From October 12 (Thursday) to November 18 (Saturday), 2017, the Waseda University Aizu Museum is holding an exhibition entitled, "10,000 Kilometers Across Africa―Yoshiro Sekine and the African & Mayan Collection―," as an autumn exhibition in the Exhibition room on the first floor of the Museum.

This exhibition is a display of valuable fine works showcasing mainly artifacts from African tribes and Relief-carved tablet rubbing items from the Mayan Palenque ruins that are part of the Sekine collection developed by the late Yoshiro Sekine, Professor Emeritus, who was a professor of applied chemistry in the School of Science and Engineering at Waseda University, supervisor of the Waseda University Alpine Club and the first director of the Exploration Club. Professor Sekine donated the Sekine Collection to Waseda University after he retired. 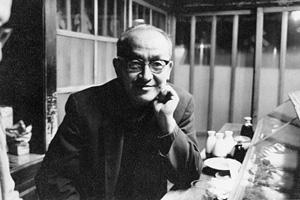 Yoshiro Sekine was born in Tokyo in 1915. After graduating from the Department of Applied Chemistry in the School of Science and Engineering at Waseda University in 1941, he went on to teach at the School of Science and Engineering (Photo 1). He committed himself to establishing a chemistry department that differed from the Department of Applied Chemistry he studied at as an undergraduate at Waseda University, and made many achievements in the field of chemistry. At the same time, he also organized expeditions for his own research after WWII before overseas travel was freely permitted, and carried out investigative activities.

He is also a famous mountaineer known for being the first Japanese person to climb Aconcagua--the highest mountain in South America--on January 26, 1953. However, Professor Sekine's most noteworthy investigative and exploration activities are his expedition across Africa and in Central America. He collected not less than 200 pieces of tribal artifacts and works of art during his expeditions, and these are owned in the Aizu Museum as the Sekine Collection. 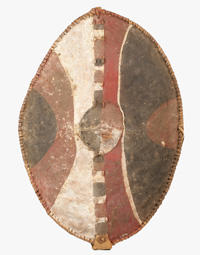 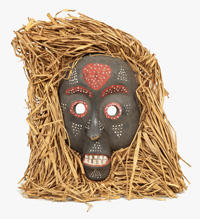 In January 1958, Professor Sekine headed an expedition of nine people that landed in the harbor city of Mombasa (Kenya) on the eastern coast of Africa. Professor Sekine had come to Mombasa when heading to South America to climb Aconcagua in 1953, and he said then that he would like to traverse the continent someday. His wish came true five years later. This expedition had two purposes. The first was to climb Mt. Kilimanjaro, which is the highest mountain on the African continent, and the second was to introduce Japan to the customs and natural environment of tribes living in Africa, which at the time was thought of as the "Dark Continent."

The Sekine expedition team that departed from Mombasa successfully climbed Mt. Kilimanjaro, and then set off in two vehicles to begin a full-fledged survey of the tribes. Takamasa Yoshizaka who was the Dean of the School of Science and Engineering and President of the Architectural Institute of Japan also participated in the expedition as the manager. The expedition team started out from Mombasa and passed through the Kenya, Uganda, Rwanda/Urundi, and the Congo to Leopoldville (now Kinshasa), literally crossing all of equatorial Africa. During those three months, Professor Sekine collected a shield (Photo 2) and ornaments from the Maasai (Maasai Land, Kenya), a sisal hemp basket from the Kikuyu (Rift Valley, Kenya), a mask from the Bantu (Photo 3), a spear from the Nyanga (Lake Kivu area, Congo) as well other artifacts. He also recorded the dwellings and lifestyles of the tribes. In Kenya, he visited a huge ethnic dance competition, during a safari in the Savannah he saw hippos, giraffes, lions and other wild animals right in front of his eyes--he stopped by each place in equatorial Africa and continued his surveys.

He stayed in an Mbuti (Pygmy) village for five days in the Ituri Rainforest in the Congo, and collected a particularly large number of musical instruments and tools used for daily life there (Photo 4). He also drew sketches and took photographs of their lives, including their traditional hunting with nets and bows and arrows in the forest, which was still going on in 1958 and the making of loincloths that they would wear. When you think of Mbuti, you may imagine that they hunt with poison-tipped arrows, but those reports are merely what explorers from the West thought. In reality, they strung up nets in the forest and chased animals into them. The small arrows used by the Mbuti, which were shorter than 80 centimeters, were actually used to kill the animals that were caught in their nets. 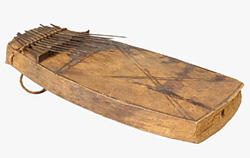 The tribal artifacts collected reflect the ideology of the people and the rich material culture that colored their lives in 1958 and are considered a valuable collection showing the diverse characteristics of each region and tribe.

The exploration was recorded by not only photograph, but also video and the video footage was released as a documentary film called 10,000 Kilometers Across Africa, produced by Nippon Eiga Shinsha. It introduces the natural environment and customs of Africa from that time to Japan. This valuable video footage capturing the exploration in Africa will also be shown at the Exhibit room. 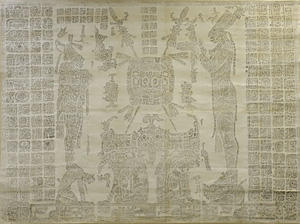 Photo 5: Relief-carved tablet rubbing of the Temple of the Sun (Palenque ruins in Mexico)

In 1961, Professor Sekine organized a Central American expedition team and investigated and explored the Mayan ruins in Mexico. The expedition team comprised seven people and even included graduate students studying architectural history and the history of art at Waseda University. They visited the Cuicuilco, Teotihuacan, Chichen Itza and other ruins and took Relief-carved tablet rubbings at temples in the Palenque ruins. There are eight Palenque ruins stone rubbings altogether, but the ones displayed in this exhibit are the Temple of the Cross, Temple of the Foliated Cross and Temple of the Sun (Photo 5), which are called the Cross group.

The Palenque ruins, located in the State of Chiapas, Mexico, are the remains of a major city that existed during the classic Mayan period and are a registered world heritage site. The temples of the Cross group were built by K'inich Janaab Pakal II, son of Pacal the Great, to commemorate his succession in the latter half of the seventh century. Palenque was at the height of its prosperity during their reigns. The reliefs showcase motifs of the accession of K'inich Janaab Pakal II to the thrown and are surrounded by an arrangement of Mayan script.

Mexican archaeologist Alberto Ruz excavated the tomb of Pacal the Great in 1952, and the Palenque ruins became the focus of attention around the world. The Ruz excavation was completed in 1958, and Professor Sekine visited Palenque immediately after that to successfully take tablet rubbings. Several years later, stone rubbings were no longer allowed to be taken in order to preserve the site. Therefore, Professor Sekine's tablet rubbings that you can currently see in Japan are extremely valuable.

Carrying on the wishes of Professor Sekine

The numerous tribal and archaeological documents and works of art Professor Sekine collected during his intensive studies and exploration activities, which are very difficult to obtain today, were donated by him to Waseda University upon his retirement. In 1986, when Professor Sekine retired, the exhibit of Mayan Art Stone Rubbings and Pygmy Artifacts was held in commemoration of this donation. Since then, however, 30 years or more have passed without this collection being opened to the public.

Through a recent ongoing study of the materials, the time line for the creation of the Sekine Collection and the full picture of the expedition have become clear, and the collection is being opened to the public in this special exhibit to re-evaluate the meaning of the voyage to Africa and Central America and of the collection that was previously underestimated. Many documents are being exhibited for the first time since their collection by Professor Sekine. We hope you will enjoy this exhibit of not only artifacts from African tribes and relief-carved tablet rubbings from the Palenque ruins, but also the story of the exciting explorations that allow us to see Professor Sekine's yearning for discovering the world, his character and the background behind the collection.

We await your visit.

10,000 Kilometers Across Africa ―Yoshiro Sekine and the African & Mayan Collection―

Born in 1988. Entered the Doctoral Program at the Graduate School of Letters, Arts and Sciences in 2015 and began his current position in April 2017.
Specializes in Silk Road archaeology