On September 30, 2014, I received a call from Katsumi Oyama, a famous Japanese producer known for Kishibe no Album (Riverside Album). He said, "Could we hold a television drama exhibition at the Theatre Museum?" It was just five days before his untimely death. The plan for the "Dreaming Media: TV Drama Exhibition" hosted by the Tsubouchi Memorial Theatre Museum, Waseda University began with his desire. It took more than two and a half years to prepare this exhibition before the simultaneous opening of the "Taichi Yamada Exhibition: A Half Century as Television Writer, Novelist and Playwright" (Commemorating receipt of Waseda University Artistic Contributor Award) who had an intimate relationship with Oyama. 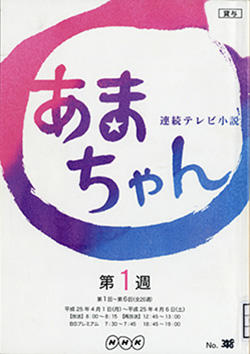 It is extremely rare for a museum exhibition to feature the history of Japanese television dramas. There are different reasons for this. One is that television drama had never been recognized as art unlike movies as they had long been seen as a consumable form of entertainment. As a matter of fact, television dramas had been shown live because the technology for recording was not available during the initial period of production. Even after video recorders were introduced, due to the high cost of videotapes, it was common practice to record television dramas over old recordings. Therefore, many programs including masterpieces no longer exist. There must have been issues with how to overcome copyright barriers. In addition, there had been significantly fewer critics for television dramas compared to movies and plays, making it difficult to establish objective evaluation standards.

As the television writer played by Akiko Morishita proclaims "Television is the king of entertainment!" in Manhattan Love Story scripted by Kankuro Kudo, television had always brought us joy and significantly affected our lives. Drama in particular is an important medium that has seeped into our daily lives, forming common memories for each generation. Television has not only vividly portrayed each different generation, but has also matured the feelings of the time. Creators of television dramas such as scriptwriters, directors, and producers explored the possibility of a common medium of expression for the public, i.e. television, in various ways while structuring its own culture. In this exhibition, we hope to convey to you the appealing aspects of television dramas through exhibiting videos, film stills, scripts etc. 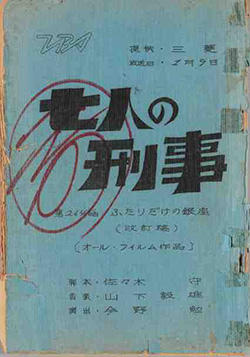 So then, what is appealing about dramas? Is it the story, the cast or theme? Unlike overseas television dramas in which stories dizzily develop like a roller coaster ride, we think that the appealing factor of Japanese television dramas lies in paying attention to details, which may not necessarily play an important role in delivering the narrative of the dramas. God of Television is in the details. For example, it is the Super Ball that heroine Minami caught from the second floor window in Long Vacation, the partially eaten umeboshi (pickled plum) the fugitive Baba-chan found in Happiness Sancha in Suika, the lazy talk around the main character Bussan, who was given a short time to live by the doctor in Kisarazu Cats Eye, the red petal falling out of Itoko's bicycle after learning of the death of a person close to her in the war in Carnation, Hara-chan's placing the umbrella over Echizen, who tripped in Nakuna Hara-chan, the graffiti saying "Umi shine" and the telegram saying "Gosunpainegu" in Amachan, the fried chicken with lemon squeezed over it in Quartet. Considering the effective development of the story, these scenes may not be necessary; however, these delicate and rich expressions are clearly etched in our memories, and each time we remember them, they remind us to think how wonderful television dramas are.

Looking back at the television dramas that stay in our hearts from such a perspective, there is no doubt that 'ordinariness' and 'daily conversation' come to mind as keywords. Of course, how these are expressed is not so simple. While there are special home dramas for Japanese television established by Fukuko Ishii, Sugako Hashida etc., there are other forms of dramas by Taichi Yamada and Kuniko Mukouda following the latter part of 1970s that give us a glimpse into extraordinary aspects of life like broken homes and the sins of man, showing the destruction and restructuring of the family myth. After the late 1980s, with the backdrop of the bubble economy, trendy dramas were overflowing with the meaningless conversations of the glamorous main characters. Influenced by these dramas, Yuji Sakamoto and Yoshikazu Okada, who support today's television drama world, started their careers as scriptwriters and create television dramas from daily conversations. During the 1990s, Eriko Kitagawa wrote television dramas about the life-size love lives of young people after the collapse of the Japanese economic bubble through detailed daily conversations. After 2000, television dramas by Izumi Kizara and Kankuro Kudo use extraordinary techniques, such as the appearance of ghosts, to paradoxically show the preciousness of being normal. Factors common to these dramas are the skillful use of conversations and lines that delicately express the subtleties of people. The outstanding expression of the scripts has been supported by production, acting, and staff work. 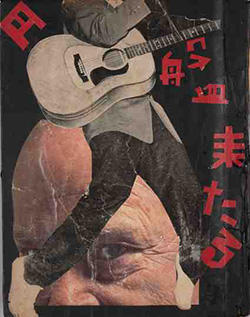 What I think of when I read the works of masters that contributed to Japanese television dramas--masters like Katsumi Oyama, Taichi Yamada, Tsutomu Konno, and Ben Wada--is that drama is a dream dreamt by the medium of television. Producers of television dramas shape the fictional dream of different families, love, work, social issues and future visions, and deliver them to us. We, too, share the dreams dreamt by television in our lives and have fleeting dreams. We also transpose our own lives onto the stories in the television drama.

In this sense, looking back at the history of television dramas peruses our memories that link to dramas; that we saw the drama with our family and laughed together, that we were in love at the time, or that we watched them alone crying. That is precisely why we would like to exhibit the television dramas that are engraved in our hearts. In other words, this is the subjective history of television dramas. There may be questions asking "Why isn't that drama included in the exhibition?" or "What about this selection?" but I sincerely hope that the exhibition will bring out memories that intertwine with other's memories and help you find joy in talking about them.

We have entered an era in which it is common for the public to watch television dramas on laptops and smartphones, internet dramas have become popular and collaboration with key stations has become real. It is in this era that following questions arise: what is television? What is drama? We would be very pleased if these two exhibitions would serve as an opportunity to rediscover the appealing factors of television dramas and become the entity we can entrust the future of television dramas on.

Minako Okamuro is Director of the Tsubouchi Memorial Theatre Museum and Professor in the School of Culture, Media and Society, Waseda University. She received Ph.D. in Arts from the University College Dublin. Her specialty fields include modern drama centering on Samuel Beckett, the history of drama, the theory of TV culture, TV criticism. Books co-edited and co-authored include Samuel Beckett! Criticism from now on and Rethinking Japanese Theatre in the 60s, etc. She is also on the Executive Board of the Japanese Society for Theatre Research, a member of the Fuji Television Program Screening Committee, Galaxy Award, Television Division Selection Committee, and CONFiDENCE AWARD DRAMA PRIZE Selection Committee, etc.